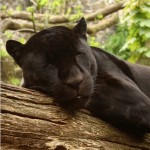 Bowmanville Zoological Park, which is also known as Bowmanville Zoo, was established in 1919. Not only is this beautiful forty-two acre zoological park home to just over three hundred incredible animals, the animals that live here are often used in Hollywood productions. When you visit, you just might come face to face with someone amazing! Let’s take a closer look at the park’s history as well as its residents, plus some additional attractions which have been added in recent years. If you remember visiting Bowmanville Zoo when you were a child, you’ll be surprised at the way things have changed.

The zoo is Located in Bowmanville, which is 15 km east of Oshawa and 76 km east of Toronto.

The History of Bowmanville Zoological Park

The oldest private zoo in North America, this splendid little zoo was originally known as the Cream of Barley Park. Here, a small family resort with a swimming pool and tennis courts, plus cottages for families, operated a small petting zoo. The park changed hands in 1950 and again in 1964, when its name was changed to Bowmanville Zoo. Changing hands again in 1988, it also underwent a final name change, and is officially known today as the Bowmanville Zoological Park.

Accredited by the Canadian Association of Zoos and Aquariums (CAZA) in 1993, and the winner of the prestigious Thomas Baines Award for outstanding excellence and achievements, the zoo is well-established as a voice for conservational education and is a haven for the promotion of viable captive populations of endangered animal species.

You might be surprised to learn that this small zoological park maintains the largest stable of trained animals anywhere on the North American continent. While developing animals’ behaviors for feature films and television productions is one of the zoo’s foremost activities, it also fosters ongoing efforts to instil visitors with the importance of planetary stewardship. With elephants, feline predators, and a wide array of other mammals, reptiles, and birds in residence, a visit to the zoo is fun for all ages.

Here, you’ll meet “Baghera,” the stunning black jaguar who played in Peter Benchley’s Amazon, plus an entire herd of camels who starred with Antonio Banderas in The 13th Warrior. You may find yourself getting up-close and personal with “Caesar,” the magnificent lion who played in The Ghost and the Darkness, or you may find yourself face to face with “Ron” and “Julie,” a pair of gorgeous hybrid Bengal / Siberian tigers who starred in the Discovery Channel / Animal Planet’s documentary , Living with Tigers. You could meet “Billy,” the White Bengal tiger from the series Animorphs, and you are certain to encounter many more beautiful and exotic animals.

The elephants and camels who live at the zoo are sometimes available for rides, which are fun for visitors and mentally stimulating to the animals; and different animals strut their stuff in the indoor, 400 seat “Animatheatre,” which hosts two shows daily. Check with the zoo for feeding times, and on hot days, enjoy a splash in the Splash Bath, where kids and adults alike can enjoy water slides, fountains, or a few minutes just relaxing in the shade.

In Funland, kids of all ages can enjoy good old fashioned amusement park rides, and in WildWood, you’ll enjoy a trip along an elevated catwalk that winds through the trees, allowing you to view animals in habitats much like those they enjoy in the wild.
The Bowmanville Zoological Park is open between the months of May and October, and admits children under three years of age for free. It is located 45 minutes east of Toronto, on the Old Ki